‘Safer Sex’ is a term used to describe all sexual activities that do not allow the HIV partner’s blood, semen or fluid from the vagina to get inside the other partner’s body. A condom can act as a barrier between the penis and the other person’s body, stopping exposure to fluids.

Basic guidelines for condom use are: 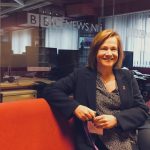